https://utiazulay.itch.io/rush-week
Rush week is a satirical narrative horror point and click game about social pressure.
It was made over the course of 2 months in Unity in Intro to Narrative for Games. In a group of 4, we all collaborated on game design and I made most of the art assets and did character and room design.

The story of the game is about a girl who joins the same sorority in college that her dead sister was apart of, and after meeting all the girls and doing some weird rituals the game ends with the main character being sacrificed as part of the sorority's cult. The game makes fun of sororities and the unconditional desire of young girls to fit in and adhere to other girls' standards. 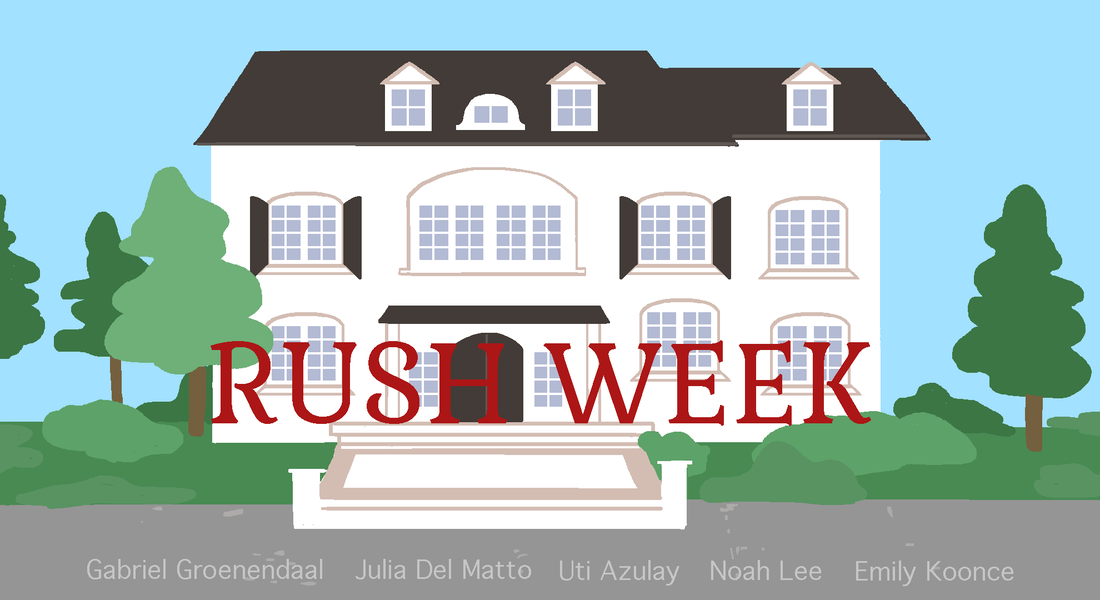