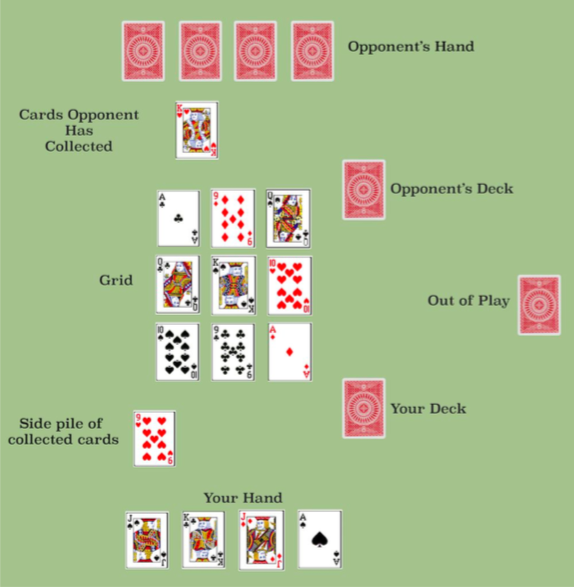 ​Play
Each turn, players play one card from their hand onto any end of the grid, pushing a row or column across. The card that was played must match either the suit or the number of the card it is pushing into. They can choose to push this card across in one of two directions, depending on the card they want to push off and take into their side pile. That player then takes the card that was pushed off the grid into a seperate side pile, face up in a row. Players continue to play a card, and then take one from their deck until both players have played out their entire hand and both decks are gone.

Scoring
With the 7 cards in their side pile, whoever has the highest scoring poker hand wins. 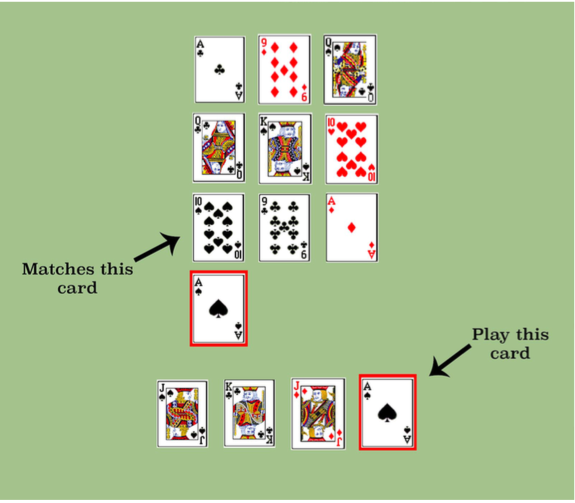 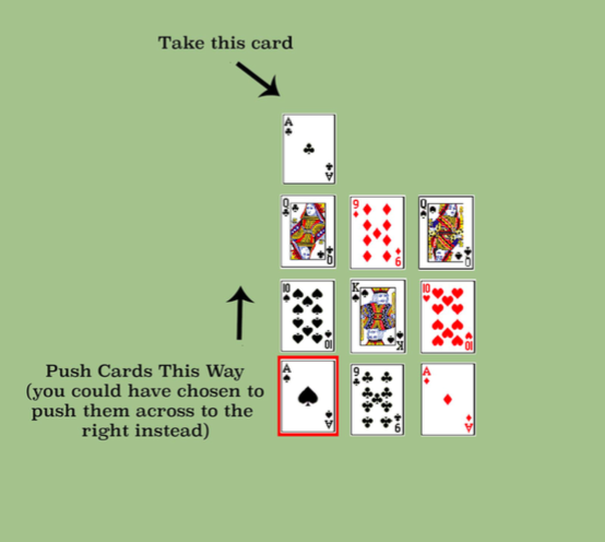